Who are the Best Vets in Sarasota FL?

You need a vet that you could trust and depend on in Sarasota FL.

That is why it is important to learn about the best veterinary care in Sarasota fl, before deciding. Nobody wants to end up with a bad experience that leaves their pet in distress and the owner riddled with worries and fears.

Take Mowgli and Charlie’s experience at the vet as an example….

“After finding a vet who we thought was trustworthy and reliable – we scheduled them for a teeth cleaning. After the cleaning, there was some cheek swelling, so we scheduled Charlie and Mowgli for a checkup.

During Charlie’s drainage procedure, the vet told us he noticed a lump in his cheek, which may be cancerous. Then a biopsy was performed that showed a very aggressive form of cancer (squamous cell carcinoma), and there was nothing we could do. Worse, Mowgli appeared to have similar symptoms, and the vet assumed that Mowgli had the same cancer as well.

We took them back twice for post-op checkups because they both started to develop what looked like conjunctivitis (in the eye on the side of where the extractions were). The vet’s explanation was that it was cancer causing redness, irritation, and third eyelid protrusion.

How are they BOTH losing their eye on the side of the extraction?

Vet says coincidence and just offered a special $50 eye moisturizing cream. This ‘treatment’ eventually led to their eyes ulcerating, and they are each blind in one eye. 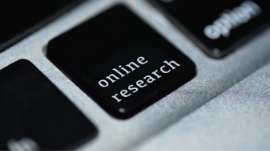 We did hours of research on treatments. Called different oncologists, and their options seemed very invasive – surgery or chemo.

At this point, they were so dehydrated, lost a lot of weight, and were overall weak – they did not qualify for any of these procedures.

We went back to the vet in a last-ditch effort to help Charlie but again were offered no guidance or proper treatment to deal with his symptoms.

After doing a ton of research online to find a holistic vet in our area, we took Charlie into his new vet. This new vet reviewed Charlie’s chart that was sent over and pointed out that his chart was marked ‘canine’ and the wrong teeth were marked on the paper. 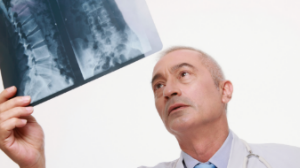 This was a TOTAL LIE.

Our stomachs and hearts sank because it was at that moment that we realized they both had botched dental surgeries.

We have already spent at least $5k getting to this point to figure out what happened. The previous vet really did a disservice to them by pushing them further down in health without giving much direction.”

The moral of the story is to trust your gut with the vet and do your own research to find the best veterinary center near you.

Which is the Best Veterinary Clinic?

Which is the Best Sarasota Animal Hospital?

The top-rated full-service gulf gate animal hospital and clinic for Sarasota pet owners is Bay Road Animal Hospital. Many dog owners believe this is the best vet in Sarasota Fl and the surrounding area, which is why they have over 230+ reviews in Sarasota fl. This compassionate veterinary care center has an average rating of 4.9 stars out of 5. Which makes them the only veterinary center in the surrounding area to have over 230+ reviews and 4.9 stars out of 5.

Take it from some of their recent patients that have worked with their team.

“From the front desk to the Vets, there is nothing but positive things to say about this practice. Never before have I experienced that level of care and commitment. I even was able to speak to Dr. Smith on the after-hours emergency line to help me on a Friday night when I was unsure what to do. Dr. Smith helped calm me down and had advice and a game plan for us. Dr. Smith even called me Saturday morning with test results and discussed options for Magic before we arrived on Saturday. Saturday’s visit was at the other office, and we were met with the same excellence!” – Denise Atwell, owner of a lovely cat named Magic.

“Excellent care with exotics. Vets and staff were very knowledgeable, and my rabbit’s neuter procedure and recovery couldn’t have been more smooth. Great communication and care. Highly recommend. Also, the leadership here is invested in helping animals in need, as you can read on their website and find by Googling. Going here helps my pets and others. Great care.” – Melissa Bartalos

“It is hard to find a vet who looks at chickens, but upon contacting this facility, I struck gold. I took my chicken here with a case of bumblefoot, and I couldn’t be more pleased. Dr.Smith was very straightforward and professional, as well as knowledgeable and compassionate towards my situation. Dr. Smith and the service was fast and extremely affordable.” – Angel Skye.

Which is the Best Veterinary Hospital and Clinic?

Doctors here are on-call 24 hours a day outside of their regular office hours. Unlike the Ashton Animal Clinic, Bay Road Animal Hospital is a veterinary practice that provides free informative articles to help your furry family members with ongoing nutrition, critical care, and health written by Sarasota veterinarians. Including pet videos that provide quality health care information for free. Your pet deserves the best services in Sarasota fl.

Some clients even stop by from out-of-state locations such as New Jersey for a first visit. Look no further for quality health care that dog owners admire.

Stop by to chat with the experienced staff at Bay Road Animal Hospital located near Washington Blvd. The address for Bay Road West the first location is 4006 S Tamiami Trail Sarasota, FL 32631.

Are you looking for an online pharmacy for your furry valued family members?

The top online pharmacy for pet owners is the Beneva Animal Hospital located near Washington blvd in Sarasota FL. They are a full-service animal hospital that even includes an online pharmacy. These services are of the only veterinarian-led Sarasota clinics that have a pharmacy online. No contact is necessary.

What to Do When Driving to a Veterinarian in Sarasota FL is Not an Option?

Pets are our best friends that deserve better care in Sarasota. Sometimes driving to a veterinarian is not an option. For example, during the COVID-19 Pandemic, you may be finding it challenging to purchase the meds your pets need without endangering yourself.

COVID-19 Prevention Services for Dogs and Pets in Sarasota FL

Rest assured, Beneva specializes in COVID-19 problem prevention services that is why they have an accessible version of a pharmacy. Remotely located online on their website to provide all of the services to treat your pet.

You need a veterinarian that has an accessible version of services. Where you could purchase everything you need for your pets, even food from the comfort of your home. There has never been a better team of veterinarians in Sarasota delivering online services.

No matter if your pet has a sleep disorder and requires medication. Do not fear going out into the Pandemic, placing dogs and yourself in harm’s way.

Your best friends deserve the best veterinarians from the comfort of your home. Even if you are located in North Port or close to bee ridge. Beneva’s online veterinarian services in Sarasota are here for you.

“We had a wonderful experience with Beneva Animal Hospital this week. Our cat was lethargic and not eating yesterday morning. They worked her into their schedule early that morning, evaluated her, identified the problem, made the appropriate referral, and followed up that night and the next morning to check on her.

All the staff was warm and professional- they remembered our cat after just one visit.

Covid precautions were perfect – we called from the parking lot to have a staff member get our cat from our car; they wore masks and provided information in person and over the phone.

The charges were explained and were very reasonable. Our cat is very nervous and defensive with strangers, but they worked very well with her. This is an extraordinary animal hospital!” – Susan N.